Tips that’ll ACTUALLY make a difference, straight to your inbox.

You are here: Home / Composition & Styling / What are the best angles to shoot food with your smartphone?

The smartphones are undoubtedly one of the greatest inventions of all time. It’s revolutionised the way we do so many things and opened the door to new ways of being.

Since becoming a photographer, I rarely take happy snaps. You know? Sometimes I just need to take a break from the camera and give my hard drives a break.

(Cause really the majority of images that I take end up on a hard drive and hardly looked at again).

Even though I have three very good DSLR cameras, I do still whip out the old iPhone to take happy snaps. But maybe you take all of your Instagram photos with your iPhone, which is totally cool and it actually saves a lot of time.

As the iPhone progresses, the camera gets better and better.

I’m still rocking a vintage iPhone 5 (at the time of this post), so the camera isn’t comparable with the latest version.

Whatever floats your boat, however… 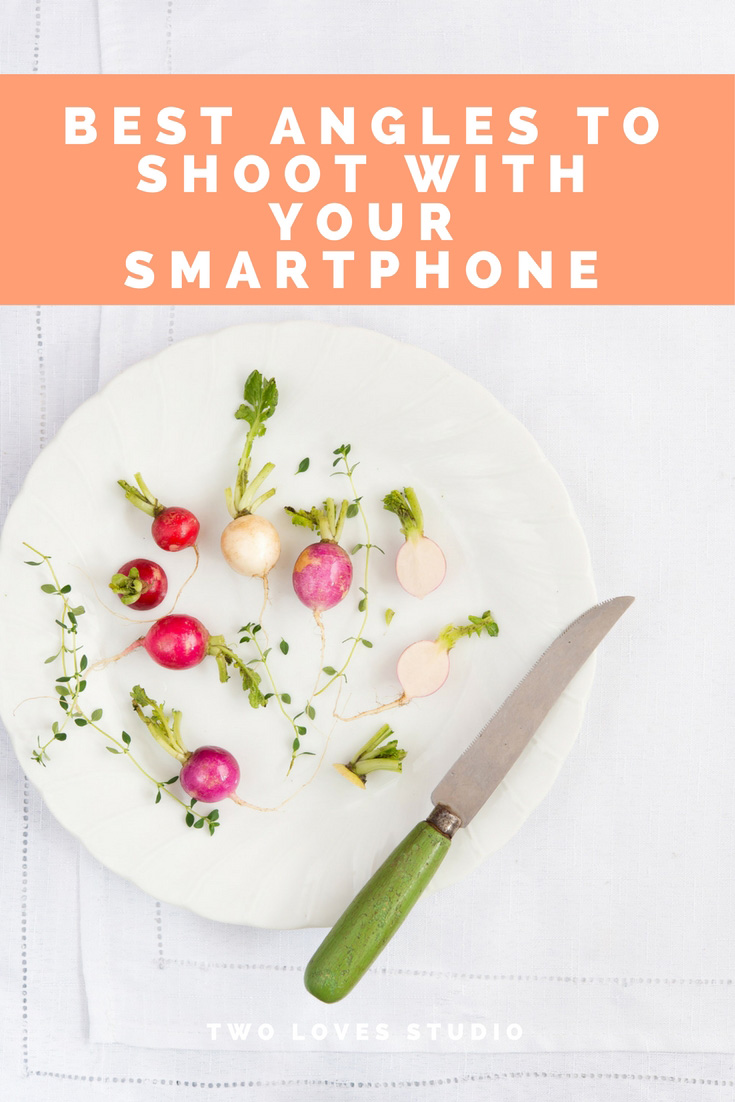 Best Angles To Shoot With Your Smartphone

So have you ever asked yourself… why do some angles look better with the iPhone? Or maybe you’ve subconsciously noticed but never really thought about it.

Well, let’s chat about the two best angles that you should be using your smartphone and why.

This can even help your normal photography too! 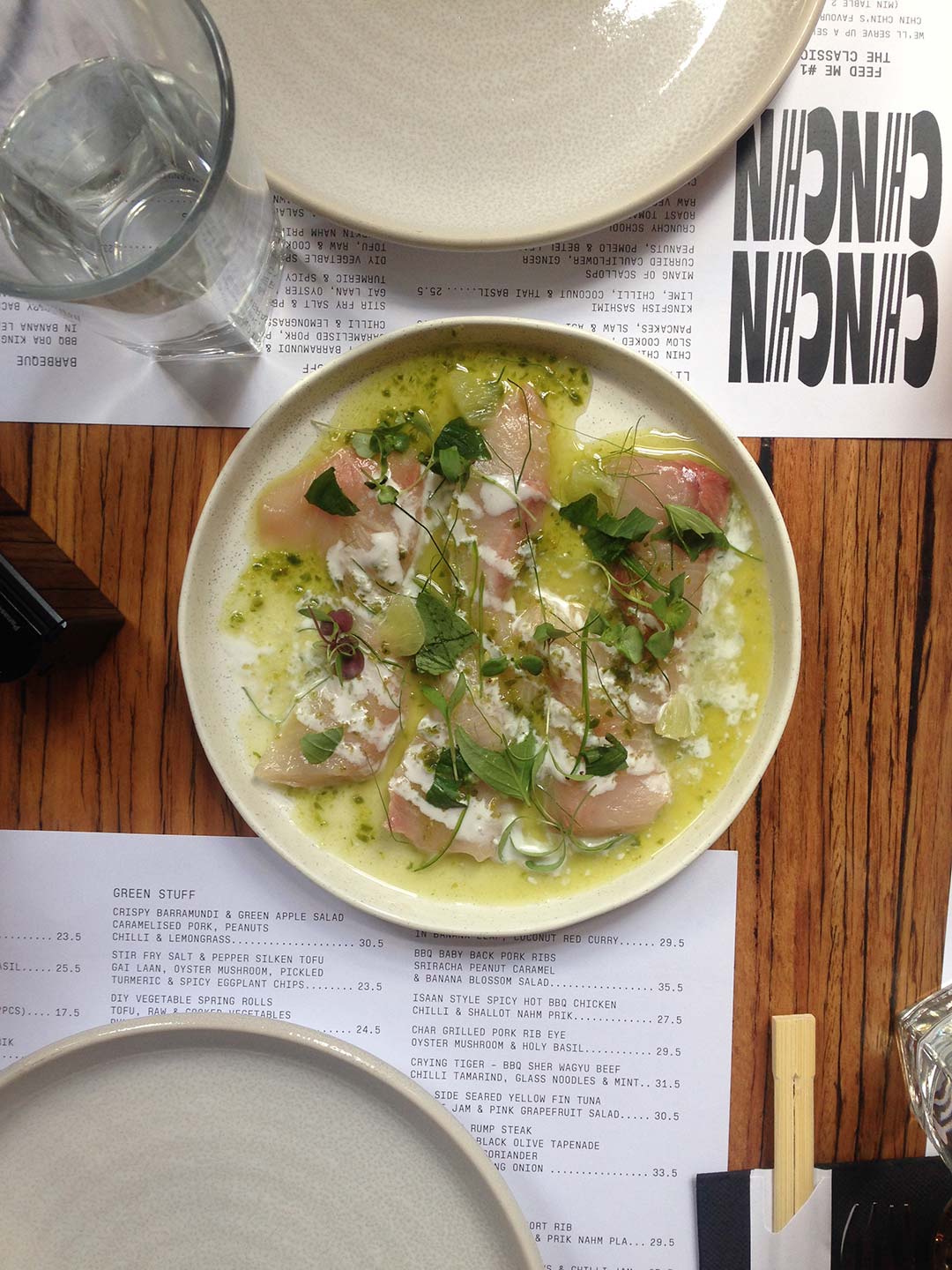 Never Shoot This Angle With Your Smartphone

Without leaving you in suspense any longer, the angle that you want to stick away from when shooting food with your iPhone is the 45-degree angle. It’s not the best angles, and this can even extend to the 25-75 degrees too.

But why you ask? Well, have you ever noticed that at this angle your image, and more importantly your food, just look weird?

There is a reason why that is so let’s take a look at that. 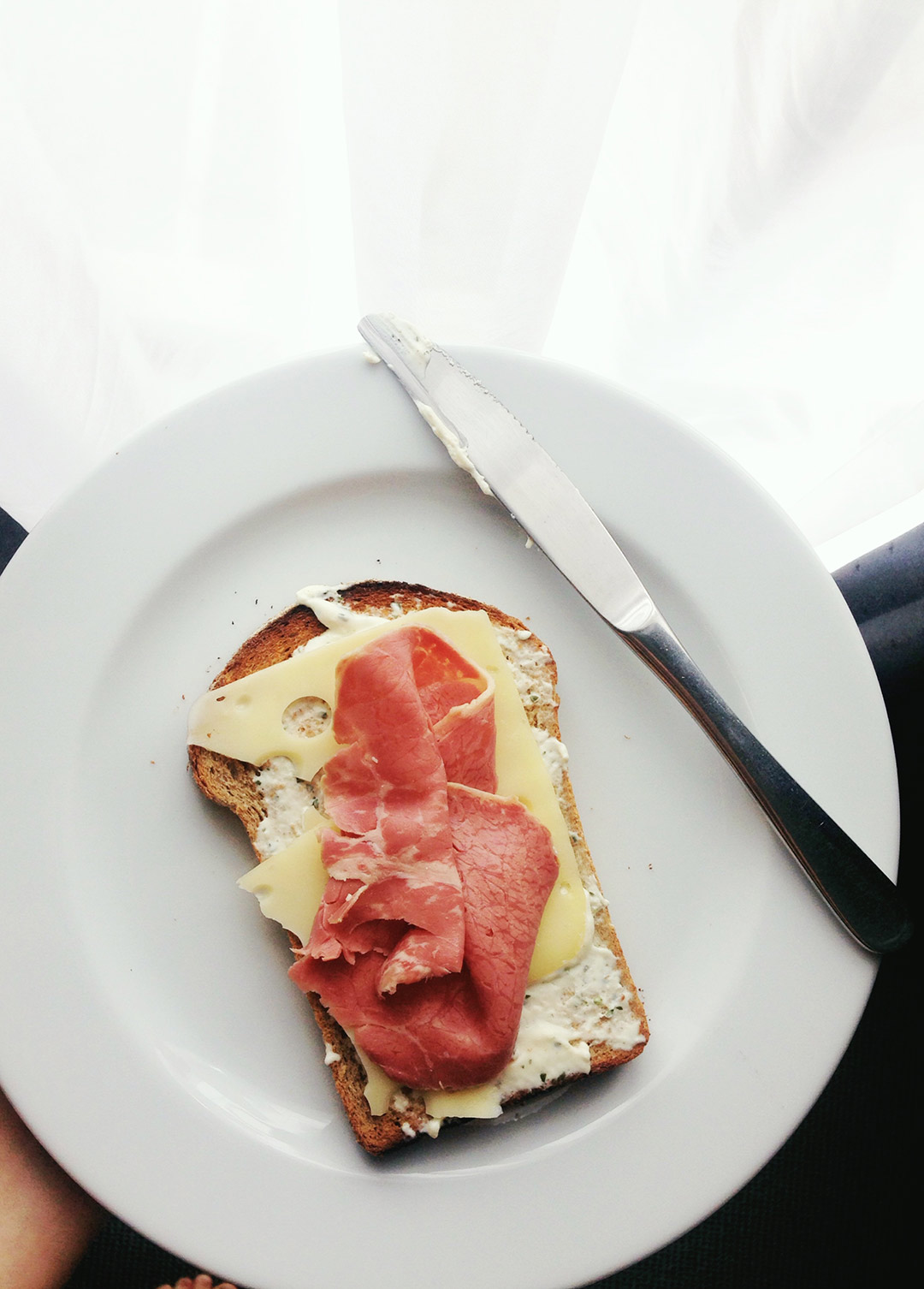 The angle of view of the iPhone camera is about equivalent to 35mm on a full frame camera. So it’s essentially in the wide angle lens category.

So if you think about the widest focal length lens that you have, would you use it for your food photography?

Chances are in most cases you would not.

Most food photographers tend to go for the narrower lenses and get closer to our subject.

Ideally, 45-degree angles are suited to narrow focal length lenses. This isn’t, therefore, the best angle you could shoot with your smartphone. 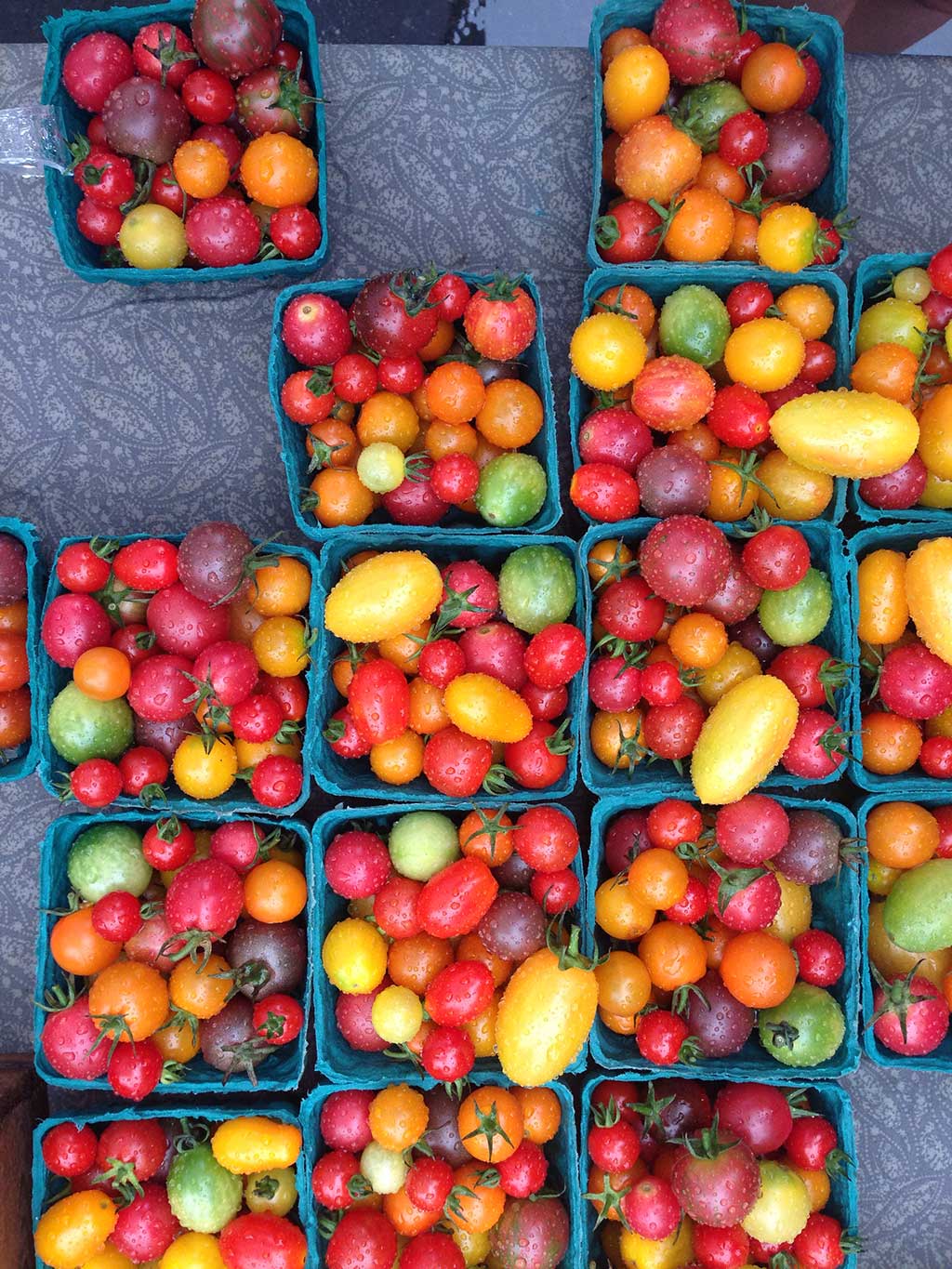 What is perspective distortion?

If you’re unfamiliar with perspective distortion, let’s touch on what that actually is a little more so this idea makes more sense.

In photography, perspective distortion refers to when an object and surrounding area looks ‘warped’ in comparison to what the object would look like at a normal focal length. This is due to the relative scale of nearby and distant features.

Wide-angle lens distortion can be seen in images shot from up close using a wide angle lens.

This is due to the fact that the angle of view is wider than a normal lens or normal focal length of view. The objects that are close to the lens appear abnormally large relative to more distant objects. The distances and relationships of size are warped.

So we have some perspective, a ‘normal lens’ is a lens that would reproduce the field of view that appears natural to us.

If this is hard to wrap your head around then do the following exercise. 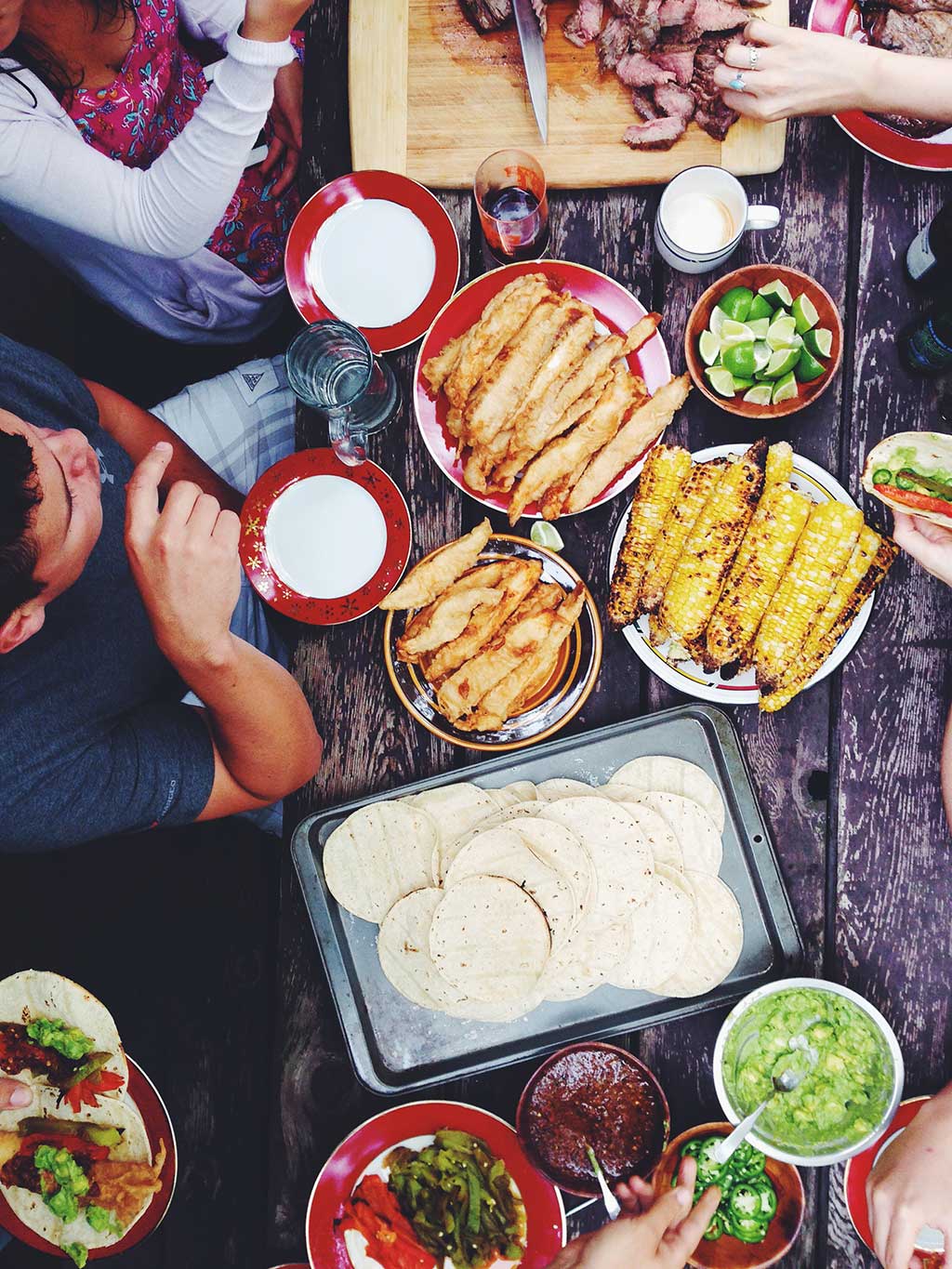 The Best Angles To Shoot Instead.

There are two best angles that are flattering with a wide angle lens and hence work wonders for capturing beautiful images with your smartphone.

These two are: Straight on and overhead.

Here you avoid the perspective distortion as everything is at right angles to the lens. This is one of the reasons that flatlays are so popular on Instagram.

Not only because they are a great way of telling stories, but because the angle is just so flattering with a smartphone.

Crop In If You Really Must Capture a 45 Degrees Angle.

If you really must capture a 45-degree angle with your smartphone, then I am not going to stop you. Just make sure that you try to also capture your scene with the two most flattering angles as well. Compare then decide.

TIP: If you are going to use the 45-degree angle, then don’t get too close to your subject. Shoot further back and crop in during post.

Just make sure that the image quality is good enough for sharing on the web or social.

What are the angles you love to shoot with your smartphone?

I WANT TO LEARN